Overview of the most important changes in the guidelines on the decisive wage in AHV, IV and EO (WML) 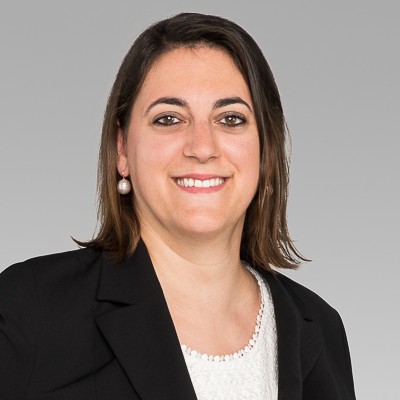 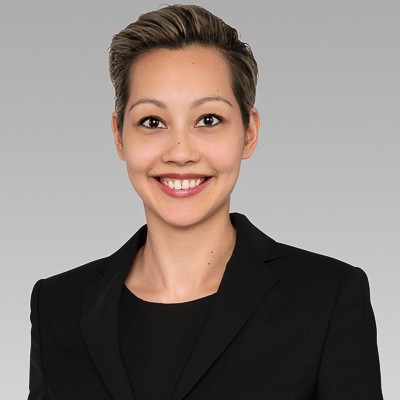 In summary, it can be said that the new structure and the additions made in the interests of clarity and transparency are to be welcomed.

Social security is an important institution in the Swiss legal and social order. The social security system is subdivided into five areas and social services: old-age, survivors' and disability benefits (three pillars), protection against the consequences of illness and accident, compensation for service and maternity benefits, unemployment insurance, and family allowances. The benefits of each social security branch are financed in advance by equal contributions from employees and employers.01

The AHV, IV and EO together with unemployment insurance (ALV) under the so-called first pillar constitute a national insurance scheme that offers protection in old age and for survivors as well as in the event of invalidity, unemployment, military service and maternity. It is traditionally the central pillar of social security in Switzerland and pursues the purpose of at least partially compensating insured persons for the loss or reduction of earnings due to the insured risks in order to safeguard their basic needs in the sense of a minimum subsistence level.

The wage on which contributions must be paid is referred to as the relevant wage. In the case of an employed activity, this includes any remuneration paid for work performed (Art. 5 para. 2 of the Federal Law on Old Age and Survivors' Insurance of 20 December 1946; SR 831.10; AHVG). Work is defined as an activity aimed at gainful employment, regardless of whether it is illegal (e.g. undeclared work) or immoral.

In employment, those who do not have a specific entrepreneurial risk and are dependent on an employer from an economic or work organizational point of view are generally employed. Characteristics of the existence of business risk include, in particular, making significant investments, transferring losses, acting in their name and for their account, obtaining contracts, or employing staff. A right of instruction or a subordinate relationship are characteristics that speak for a relationship of dependency. In any case, an assessment of the individual case must be made, taking into account all the circumstances. There is, therefore, no presumption for employment or self-employment. Irrelevant is the legal nature of the contractual relationship between the parties.

The remuneration consists primarily of cash or non-cash benefits. The concept of the relevant salary is determined exclusively by AHV law. This therefore goes further than the civil law concept of wages. After all, the salary under employment contract law always represents the decisive salary in terms of AHV law (but not vice versa).02 If, exceptionally, an insured person does not receive remuneration for work performed in a dependent position, no fictitious income may be used as a basis. In this case no contributions are payable.

The definitive salary includes, in particular, hourly, daily, weekly, and monthly wages, gratuities, length of service gifts, risk and reward premiums, benefits in kind from employee participation, gratuities, regular benefits such as meals and accommodation, holiday and holiday allowances, continued pay as a result of an accident or illness (except insurance benefits), salary and compensation for service and maternity benefits, unemployment benefits (ALV), IV daily allowances, military insurance daily allowances, or employers' compensation for normal travel expenses for normal commuting costs.03 The salary does not include the military salary and pay to civil defense workers, accident insurance, sickness or disability benefits, social security benefits, family allowances, natural gifts that are less than 500 CHF.- in the year, or allowances for education and training, provided that they are closely related to the professional activity.04

What has been treated as a definitive wage in practice has been recorded for over 20 years in a guideline published by the Federal Social Insurance Office (BSV) - the WML. It is updated annually and was completely revised as of January 1, 2019. In particular, the WML reflects the (steadily growing) judicial and administrative practice. In individual cases, it is initially a valuable orientation aid in the application. However, it can not be ruled out that, in a concrete, practical case, even more extensive considerations may be included in the final assessment by the practitioner and/or the compensation funds.

Selection of the most important innovations in the WML 2019

It is worth noting that the WML 2019 has been restructured and numbered, and finally a concordance table was added at the end of WML 2019 for easy orientation and transitional support to WML 2018.

Contribution law treatment of employers' pay at the termination of employment

With regard to the fees of the workers at the end of the employment relationship, the WML 2019 provides for – the content of – that in the case of the complete termination of the employment relationship, the fees of the workers are part of the relevant wage, insofar as they not expressly exempt. Such exceptions are made, for example, in

In new terms, WML 2019 provides that the same principles apply if the consideration in question is not paid by the employer itself but by third parties, such as a parent company or a fund, as long as it is based on the former employment relationship. An example is a bridging pension paid by a patronal fund.05 This eliminates ambiguity or portrays an economic reality that has occasionally given rise to questions in practice.

The chapter on benefits and contributions in connection with occupational pensions was restructured in WML 2019 and expanded to a large extent. As in the past, it has been provided that statutory benefits paid by occupational pension funds do not constitute a definitive wage if the beneficiary can personally claim the benefits in the event of a pension event or the partial or complete dissolution of the pension scheme.

The WML 2019 gives a new example of the following criteria that must be fulfilled for a contribution exemption from regulatory benefits:

In particular, benefits under the Pension Fund Regulations (including the pension plan), the Articles of Incorporation, or the Memorandum and Articles of Incorporation of the pension plan, the partial liquidation regulations or the distribution plan for total liquidation are deemed to be regulated. These documents must be issued by a joint body and approved by the supervisory authority. For bodies governed by public law, the provisions issued by the public corporation are considered to be regulatory.07

The WML 2019 has been supplemented with the following example:

Benefits provided as part of the overall liquidation of a pension fund under the distribution plan approved by the supervisory authority (as well as for discretionary welfare funds).11

This seems coherent, especially since the benefits, in this case, are not paid by the employer and do not directly represent compensation for an activity.

According to WML 2019, regulatory contributions of the employers to occupational pension funds, which meet the requirements of the tax exemption in accordance with Art. 56 item e of the Federal Law on Direct Federal Tax (SR 642.11; DBG), not added to the definitive wage.

As a rule, contributions are:

As in the past, contributions to the occupational pension scheme, which the employees themselves bear, are the decisive salary.13

The WML 2019 now states that voluntary contributions to occupational pension schemes which are voluntarily assumed by employers beyond their regulatory portion also belong to the determining salary. An example is a case in which the employer voluntarily finances the employee's contribution in addition to the regulatory portion of 50%.14 However, this does not apply to cases in which the regulations already provide for the employer to take over more than 50% of the total contributions.

Examples of gainfully employed persons and the contribution of their remuneration

The WML 2019 still represents an important source of knowledge when it comes to the question of which income components are part of the relevant wage. The comments make it clear that the new WML 2019 has led to greater clarity, particularly in the area of occupational pensions. The comments regarding the examples of employed persons and the contribution-based treatment of their wages and salaries have also been adapted to the present day by adding new occupational groups (e.g. influencers) and removing older occupational groups (e.g. bankers).

Accordingly, the WML 2019 appears somewhat slimmer than the WML 2018 (reduction of six pages). Viewed as a whole, the new structure and the additions made in the interests of clarity and transparency can be described as welcome. In practice, however, delimitation cases will still lead to questions which will ultimately have to be clarified with the compensation fund or through the courts.

04 Wage contributions to the AHV, IV and EO, p. 9 This information sheet lists other exemplary remunerations which are or are not part of the relevant wage (see pp. 7-9).

08 These are registered pension funds. Accordingly, Art. 48 BVG provides that pension institutions wishing to participate in the implementation of compulsory insurance must register with the supervisory authority to which they are subject (Art. 61 BVG) in the register for occupational benefits.

09 Art. 80 BVG refers to pension funds that are not entered in the register for occupational benefits.