Thank you very much for your feedback!
Oops! Something has gone wrong. Please try again.
Intro
Tax snack
Quick Read 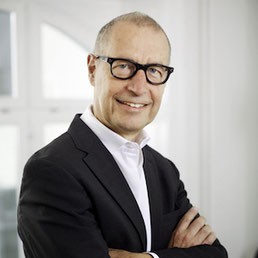 Everyone is talking about the 17/STAF tax bill. The Swiss electorate will vote on this federal law on 19 May 2019. In the course of this topicality we would like to give you a short insight.

Everyone is talking about the 17/STAF tax bill. The Swiss electorate will vote on this federal law on 19 May 2019. In the course of this topicality we would like to give you a short insight.

Since the 2000s, the international community has set itself the goal of achieving better coordination in the tax field and preventing tax loopholes. The tax regimes of the states were extensively reviewed and black and grey lists of states with frowned upon tax practices were drawn up. Switzerland was also informed during the review that some of its rules should be revised. The focus of international criticism is the privileged taxation of so-called status companies - these are holding companies, domiciliary and management companies and mixed companies.

In response to the rebuke from the community of states, a bill to correct the frowned upon tax regulations was drawn up and submitted to the people for a vote in the form of the "Corporate Tax Reform III" (USR III) on 17 February 2017. After the fierce voting campaign, the people's verdict was "No". However, the Federal Council's reaction shortly after the vote was clear: Because of the continuing pressure from the international community, there is a continuing need for reform to abolish the privileged taxation of status societies. A new bill was introduced - tax bill 17, later renamed the "Federal Law on Tax Reform and OASI Financing", or STAF for short.

Objectives of the tax proposal 17/STAF

Despite the abolition of the status companies, the legislator wants to maintain the attractiveness of Switzerland as a business location for globally active companies. In addition to tax measures such as the patent box and the special depreciation for research and development, this will be achieved above all by reducing the profit tax rates in the cantons. This is intended to prevent the companies concerned from relocating. However, the aim of tax bill 17/STAF is also that the loss of tax substrate for the three levels of government, but above all for the cantons and municipalities, should be kept as small as possible.

In the autumn session 2018, the parliament passed the tax bill 17/STAF. After the referendum against it, the vote on the new tax reform will now take place on 19 May 2019. If the tax bill 17/STAF is accepted, the new federal law will come into force on 1 January 2020. The introduction of legislation on connections at cantonal level will take place at the same time.

The elements of the tax template 17/STAF can be divided into three groups: the elements for maintaining attractiveness, the elements for financial compensation, which should allow for a tax balance of the effects, and additional individual measures.

The second group of financial compensation measures then includes

The third group comprises the adjustment of the capital contribution principle.

A completely new and irrelevant element compared to the old USR III proposal is the AHV financing as a further (social) compensation measure.

Safari
For more information about the outdated technology of Internet Explorer and the resulting risks, please visit the blog of Chris Jackson (Principal Program Manager at Microsoft).
✕

You are using an outdated version of Microsoft Edge.

Depending on the configuration of your browser, the information displayed on the zsis) available (videosTax Snacks) cannot be played back. For optimal viewing of the zsis), we recommend that you use the latest version of Edge or any of the following browsers.