Thank you very much for your feedback!
Oops! Something has gone wrong. Please try again.
CHF
120.00
Buy nowAdd to shopping cartMy shopping cart
Are you currently studying or in training?
Apply for training discount
I have already purchased the product.
To my account
Real Estate
Private 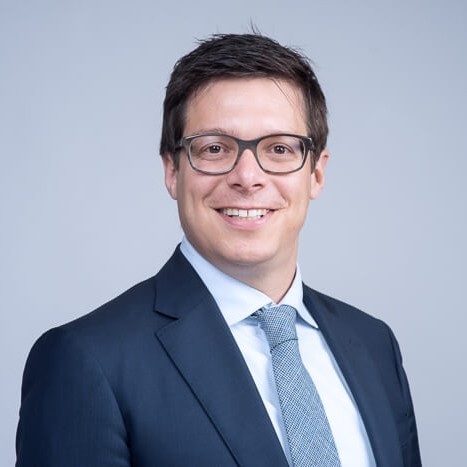 Workshop from the ISIS) seminar of 28 November 2019 entitled "Tax Aspects of Estate Planning for Real Estate".

Download:
none
The corresponding case solutions can be purchased for CHF
120.00
(introductory price)
be on sale in the shop
The case solutions and other documents can be obtained free of charge in the shop.
Buy nowAdd to shopping cart

Mr. Meister was the sole shareholder of both the construction company Meister AG and Meister Immobilien AG. He also traded in real estate. When a property was sold in 1979, he was therefore assessed as an independent real estate agent. After Mr Meister's death in 1995, his wife, Mrs Meister, took over the shares of Meister Immobilien AG, among others. Ten years later, in 2005, Mrs Meister sold the shares at a price of CHF 14.5 million. The shares had a nominal value of CHF 200,000.

On 1 February 2008, the Cantonal Tax Office of Zurich assessed the amount of CHF 12.933 million in direct federal tax as income from self-employment, although the Tax Office has never required Ms Meister to keep accounts in the past 10 years. Taxable income was calculated as the difference between the sales price of CHF 14.5 million and the nominal value of CHF 200,000 less the social security contributions due on it.

Arthur died on 21 October 2007. Arthur was married in second marriage to Brigitte, living under the matrimonial property regime of sharing in the acquisitions. The deceased ran a sole proprietorship, which he brought into the marriage as his own property. The community of heirs consisted of Brigitte and the two daughters of the deceased from the first marriage. With the contract of inheritance of March 2009, the three heiresses agreed that all assets of the estate were to be transferred to Brigitte and that she was to pay the two co-heirs CHF 275,000 each in compensation for their inheritance claims.

In March 2014, the Zurich cantonal tax office opened an after-tax procedure for the 2007 and 2008 state and municipal taxes as well as for the 2007 and 2008 direct federal tax, arguing that Brigitte would first be entitled to half of the inheritance under matrimonial property law. Only the half attributable to Arthur fell into the estate and was subsequently divided by inheritance law, whereby Brigitte was again entitled to half of this estate and the other two heiresses each to one quarter. In total, Brigitte would therefore have had to declare three quarters of the earnings of the sole proprietorship and three quarters of the estate's assets.

Mr and Mrs Bürgi are married and live in Winterthur. Mrs Bürgi is the sole owner of a property in the city of St. Gallen. She sells this property on 30 June 2011 and shortly afterwards, on 2 August 2011, Mr Bürgi dies.

In April 2012, Mrs. Bürgi and Mr. Bürgi's heirs will be assessed by the St. Gallen tax office with a taxable income of CHF 32'200 for the period from 1 January 2011 to 2 August 2011. For the purposes of determining the rate, this amount is extrapolated over one year (* 360 / 212) and the income from their main tax domicile (CHF 177,200), the Canton of Zurich, is added. The heirs object to this. The heirs argued that they had never become taxable in the canton of St. Gallen due to a lack of economic affiliation.

How would the facts of the case be assessed if Mr Bürgi had had his tax residence abroad at the time of his death?

Case 4: Taxation of communities of heirs

Armin, who had lived in the canton of Zurich, died in 2015. As legal heirs he left his son, living in Zurich, and his granddaughter, who also lived in Zurich. The granddaughter took the place of her pre-dead mother. In his testamentary disposition, Armin placed his granddaughter on the compulsory portion (3/8) and ordered that the properties in the estate be given to his son.

The granddaughter did not agree with the testamentary disposition and challenged it with an action for annulment and reduction. She is of the opinion that as the legal heir she is entitled to half of the estate. At the end of 2015 the lawsuit of the granddaughter was still pending. Based on § 9 para. 2 StG-ZH, the Zurich Cantonal Tax Office therefore assessed the entire estate in the Canton of Zurich.

Amacher's parents own a single-family house in Nürensdorf in the canton of Zurich. When they move to the retirement home, the son moves into the parental single-family house. He now lives in the house with his wife and 3 children. The detached house has an annual imputed rental value of CHF 30,000.

The monthly rent to be paid by the son is

Case 6: Acquisition of a property with conditional use

At the age of 85, Anna sold her son Xaver a condominium apartment. The apartment had a value of CHF 900,000. Anna and Xaver agreed that Xaver should pay CHF 200,000 by granting a life-long right of residence. The other CHF 700,000 represented an advance on inheritance. The capital value of the right of abode was based on an annual right of use worth CHF 33,000. In his tax return, Xaver claimed a deduction of CHF 33,000 for the right of abode as a permanent burden based on Art. 33 para. 1 lit. c DBG and Art. 9 para. 2 lit. b StHG.