Thank you very much for your feedback!
Oops! Something has gone wrong. Please try again.
CHF
120.00
Buy nowAdd to shopping cartMy shopping cart
Are you currently studying or in training?
Apply for training discount
I have already purchased the product.
To my account
Self-Employed
Social Security

Taxation of liquidation gains on cessation of self-employment 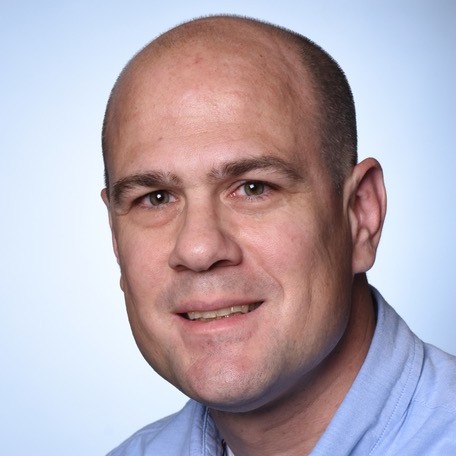 Case 1: Sale of a sole proprietorship with transfer of a property into private assets: Determination of the liquidation profit

Peter Müller was the owner of an architectural office, which he ran on the ground floor and first floor of his property. On the 2nd floor he lives together with his wife in an 4½ room apartment. He was voluntarily affiliated to a pension fund.

In 2012 Mr. Müller turned 62 years old. He decided to sell the company at the end of 2012 to the AG (the "ARCHITECTURAL AG") founded by an employee for this purpose and to retire early. Peter Müller also withdrew his pension fund assets in the amount of CHF 500,000 in 2012, and will lease the premises of the architectural office (two floors of the building) to ARCHITEKTUR-AG.

In 2013, Peter Müller submitted the auxiliary form for determining the liquidation profit together with the 2012 tax return. He did not claim a fictitious purchase in this case. However, he applied for a tax deferral in accordance with Art. 18a para. 1 DBG (or Art. 8 para. 2bis StHG).

Peter Müller is not selling his sole proprietorship, but will contribute it to the newly founded MÜLLER ARCHITECTUR AG with neutral income tax implications as of 1 January 2013. He also transfers the property to MÜLLER ARCHITEKTUR AG.

In the course of 2016, Peter Müller suffers a stroke, whereupon he searches for a successor solution. By contract dated 31 October 2017, he sells all shares in MÜLLER ARCHITEKTUR AG (including the property held by the AG) to a competitor for CHF 1 million. The assignment of the (unissued) registered shares of MÜLLER ARCHITEKTUR AG will take effect on 1 July 2018; the purchase price will then also be paid.

Will the sale of the shares have tax consequences?

Franz Haag ran a bicycle and motorbike shop in the city of Zurich as a sole proprietor for many years. In his free time he liked to go on rides with his Moto Guzzi.

In 2011, at the age of 40, Franz Haag suffered a serious accident while riding his motorcycle. Since then he has had very limited working capacity and receives a full disability insurance pension. Its residual earning capacity amounts to 20 %. In order to be able to continue his business, he hired a workshop manager at the beginning of 2012, whom he supported - as far as his health allowed - in administrative and sales matters.

In 2018, Franz Haag's state of health deteriorates further. He has been fully incapacitated since a stroke. Due to this new situation, he decides to sell his business to the head of the workshop as of 1 October 2018. In doing so, it realizes hidden reserves in the amount of CHF 200,000.

Hans Blatter ran his own farm (dualistic canton). At the end of 2015, when he was 63 years old, he sold the farm and various plots of land to his daughter, who already ran her own farm, for CHF 500,000, but who capitalised only CHF 250,000 in her books, which corresponded to the balance sheet value (capitalised earnings value) for Hans Blatter.

When Hans Blatter sold the farm, his daughter granted him a usufruct for five years on a plot of land with a Christmas tree. In 2016, it generated income of CHF 60,000, with salaries paid to temporary staff totalling CHF 4,200.

Heinz Semadi is a lawyer and ran his own law firm with notary's office. He relinquished his position as of 30 June 2017. As in the past, Heinz Semadi invoiced according to the target method (agreed fees). In the most recent financial statements (2017), it released a provision for third-party work (foreign correspondents) of CHF 100,000 created in 2015 to the income statement. This had been accepted by the tax authorities in the assessments for the tax periods 2015 and 2016 or had not been offset. As all receivables were invoiced, the item "outstanding balances" then grew strongly compared to previous years. Heinz Semadi reported the "change in accounts receivable" and the reversed provision as a privileged liquidation gain in the 2017 tax declaration.

Hugo Portmann was the owner of a garage (motor vehicle concessionaire) with workshop and filling station (in the canton of St. Gallen). He sold his company at the end of 2016 (at the age of 60) to a competitor with various branches in the region for a price of CHF 3 million (book value of equity CHF 2.5 million).

It is known that in 2015 a small truck used for snow removal and driving school was subject to immediate depreciation. This was acquired at the beginning of 2014 and was subject to ordinary depreciation in that year (20% linear p.a.).

Hugo Portmann has significantly increased the "goods reserve" (lump sum value adjustment) on the warehouse in 2015 (from 15% to 30%).

Martina Looser (born on 28 February 1955) operated a furniture and interior design business in the legal form of a sole proprietorship for 30 years. She retired on 31 July 2018.

Before she became self-employed, she was an executive at a chain of retail stores. On termination of her employment she drew the entire pension fund assets of CHF 150,000 for the start of her self-employment.

During her self-employment she was voluntarily affiliated to a pension fund. From time to time she then paid into the pillar 3a scheme. In 1995, she made an advance withdrawal of CHF 50,000 from her pillar 3a account to purchase a condominium; she has been living in it herself since then.

In recent years Martina Looser has achieved the following net profits (AHV can be disregarded):