Thank you very much for your feedback!
Oops! Something has gone wrong. Please try again.
CHF
50.00
Buy nowAdd to shopping cartMy shopping cart
Are you currently studying or in training?
Apply for training discount
I have already purchased the product.
To my account
International
Social Security

Structuring of cross-border activities in tax and social security law 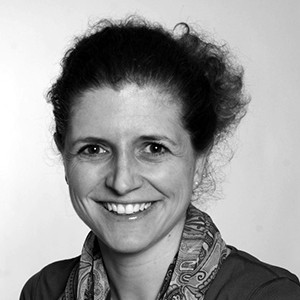 Mr. Brown (*1951) was employed by an international service company in London (UK) during his working life and was affiliated to a pension scheme. This pension plan is legally recognized in Great Britain (so-called "tax approved status").

Mr. Brown moved to Switzerland with his family on June 13, 2016. His employment with the international service company ended on June 30, 2016, and on July 5, 2016, Mr. Brown will receive a lump-sum payment from his pension plan.

Mr. Brun (*1951) worked for many years at the Swiss branch of an internationally active service company. Within the scope of his activities, he was affiliated with a pension fund (pension fund of the Sammelstiftung Z).

On 22 May 2016 he moved to Great Britain with his family. His employment relationship ended on 31 May 2016. on 5 June 2016, Mr. Brun will receive a lump-sum payment from his employer's pension fund at Sammelstiftung Z.

Mr. King, a British citizen, previously lived in England. He concludes an employment contract with a company based here and moves to Zurich.

Through his previous British employer he was insured in an "occupational pension plan" (accumulated assets CHF 300,000). He would like to transfer this credit to his current pension fund of the Swiss employer.

His current insured salary amounts to CHF 150,000, with a maximum regulatory benefit of CHF 600,000 (coverage shortfall) at the time of entry.

Case 4 Pensions and lump-sum benefit from the Netherlands

Ms. van der Heiden is a Dutch civil servant and is resident in Switzerland for tax purposes. She will be retired and will receive a pension from SVB Roermond, which is comparable to the AHV in the Netherlands, because she used to work for a bank in the Netherlands.

The Netherlands has levied a withholding tax on pensions.

Mrs. Christen, Swiss citizen, was employed for 20 years with the American branch of a group company based in New York (USA). Within the scope of her activities she has concluded a Traditional IRA ("individual retirement account"). The contributions were tax deductible in the USA. It has increased a credit balance of CHF 150,000 with Bank Y AG in the USA.

Mr. D., who lives in Zurich, is 45 years old. He is the beneficiary of a foreign pension trust. The Trust Instrument and the Letter of Wishes state the following:

The trust assets were increased by voluntary contributions from Mr. D.'s former employer. These contributions were added to Mr. D.'s taxable salary in his country of residence and employment at the time, but the income on the trust property was not taxed on an ongoing basis.

Does Mr. D. have to declare the trust property in Switzerland and is the income from it taxable as income?

Mr. Holländer (*1928) is a Dutch citizen and worked for an international group until his retirement in 1988. He worked for various Group companies worldwide, including as Finance Director of the Swiss company between 1973 and 1978. Throughout his professional career, he built up an occupational pension scheme with a pension fund (PK-NL) in the Netherlands. Mr. Holländer made around 23% of his own contributions. After retirement, he moved to Zurich in Switzerland as a pensioner and now draws a retirement pension from PK-NL.

Within the framework of income taxation, only 80% of the PK-NL pensions were recorded on the basis of the transitional provisions of Art. 204 (1) b DBG and Section 270 (1) StG up to and including the 2009 tax period. In the assessment and assessment procedure for the 2010 tax period, the Cantonal Tax Office of Zurich for the first time took the view that the pension from the PK-NL was not taxable at 80% as before and as declared, but at 100% and calculated the difference accordingly.

In the present case, it is undisputed that the pension is taxable in Switzerland at Mr. Hollander's place of residence in accordance with international double taxation law.

Was the Zurich cantonal tax office right to tax the pension at 100%?

Mrs. Schluckebier is a German citizen and has lived in Switzerland for several years. For more than 10 years she was self-employed in Germany. Today, at the age of 65, she gives up her job for reasons of age.

On the one hand, it receives pension benefits from the statutory pension insurance in Germany as well as from a former company pension scheme. Previously, she made regular annual payments of EUR 10,000 into the German basic pension scheme (so-called "Rürup pension") with an insurance company. She now receives a monthly pension of EUR 400 from this insurance.

Dr. med. Angst worked for several years at various clinics in Germany and Switzerland and, as a voluntary member of the North Rhine Medical Care, the pension scheme of the North Rhine Medical Association, continued to pay contributions even after he moved to Switzerland. Since September 1, 2016, he has been drawing a state pension from the German Medical Association.