Thank you very much for your feedback!
Oops! Something has gone wrong. Please try again.
CHF
120.00
Buy nowAdd to shopping cartMy shopping cart
Are you currently studying or in training?
Apply for training discount
I have already purchased the product.
To my account
Corporations
Other 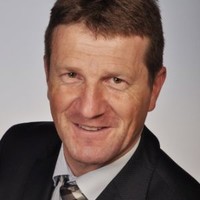 The X. AG, domiciled in Berne, held its General Meeting for the 2018 financial year on 26 June 2019 and approved the annual financial statements at this General Meeting, in which it approved monetary benefits (interest on hidden equity) to its parent company in an EU country. The X. AG has a valid authorisation to report instead of paying withholding tax (Form 823B). In a notification dated 19 December 2019, X. AG submitted the notification.

Case study: failure to pass on

In autumn 2013, Y. AG reached an agreement with the FTA in the survey procedure in an overall solution to provide its related company Z. Ltd, domiciled in BVI, with services in kind in the amount of CHF 11.5 million. Subsequently, Y. AG paid the tax due including interest and invoiced Z. Ltd. However, as Z. Ltd had already been liquidated before 2012, this invoice remained unpaid, which is why Y. Ltd - in agreement with its auditors - has booked this amount as extraordinary expense in its income statement 2013.

Since the FTA is based on the standards set by the Y. AG submitted to the cantonal tax administration, the FTA became aware of this incident and was informed by Y. AG the withholding tax of 35% of the renewed payment in kind and threatened to offset the amount in full if the payment was not passed on. After Y. AG had passed the tax on to its subsidiary, the FTA refrained from offsetting.

As a result, the ASU carried out an administrative penal procedure.

In the administrative criminal proceedings, the ASU sentenced the Board of Directors of Y. AG to pay a fine of CHF 72,000 for completed evasion of withholding tax. Rightly so?

Ms. A. was a director of more than 20 companies in which natural persons domiciled abroad held shares. These companies had invested in investment properties. The shareholders formed the Advisory Board to the Board of Directors and performed various tasks, including the decision on the sale of properties and companies. They did not receive any fees for this activity, but charged their expenses to one of these companies, B. AG, which charged them to the other companies.

This company has (unsuccessfully) defended itself against the offsetting. In autumn 2014, the Tax Appeal Court of the Canton of Zurich confirmed the offsets.

As a result, the Cantonal Tax Office of Zurich has offset all other companies' expenses that are not justified on business grounds. The companies accepted these offsets.

The Cantonal Tax Office of Zurich then reported these offsets to the FTA, which levied withholding tax on all companies on the pecuniary benefits. The companies paid the tax without reservation.

In the administrative criminal proceedings, the ASU sentenced the director to a fine of CHF 70,000 for possible intentional evasion of withholding taxes with regard to expenses booked in the 2012 - 2013 financial years under the heading of management costs that were not justified on business grounds. Rightly so?

Among other things, the ASU convicted the shareholder of A. AG domiciled abroad of intentionally committing tax fraud with regard to pecuniary benefits. The withholding tax determined in the ruling issued against A. AG amounts to CHF 38,230,173.