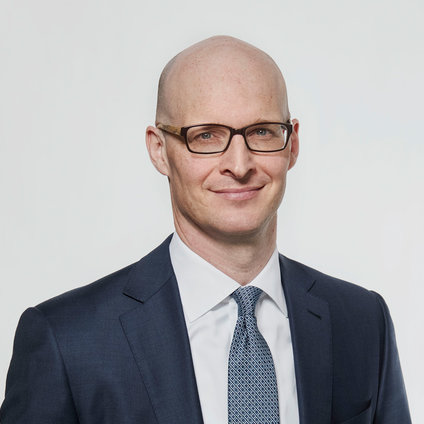 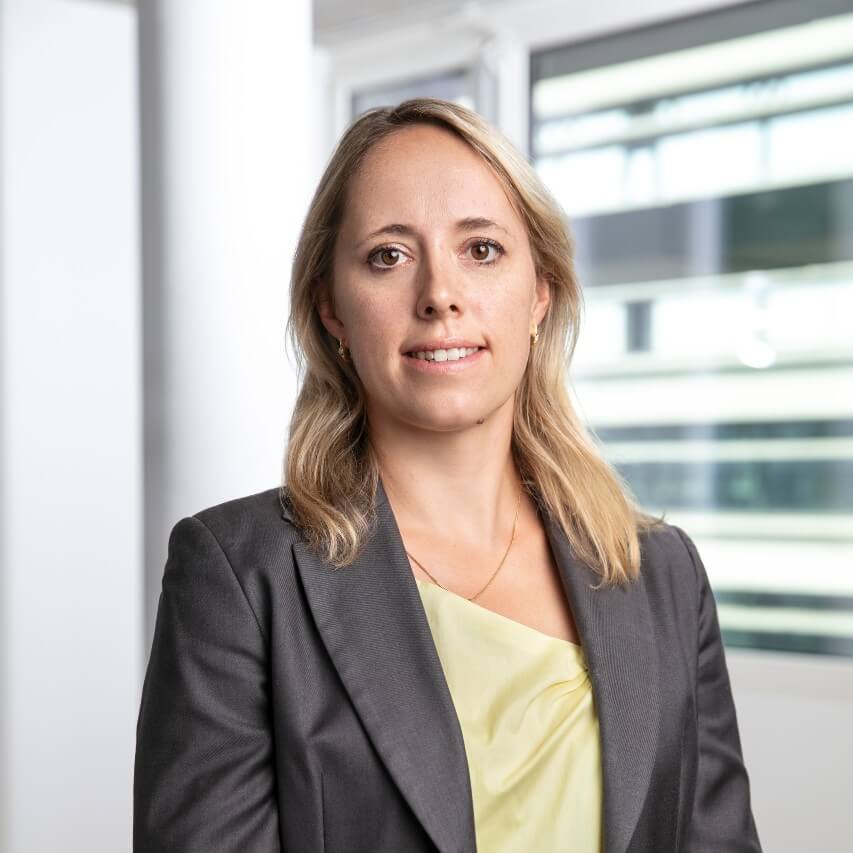 Workshop on the occasion of the ISIS) seminar on 27 October 2020 entitled "Tax pitfalls in Mergers & Acquisitions transactions".

Case 1 - Tax due diligence of a Swiss group of companies

The Target HoldCo Group, headquartered in Switzerland, was originally founded by Mr. X, a natural person resident in Zurich. In order to continue to expand, Mr. X sold 51% of his shares in Target HoldCo to a foreign fund in 2014, which acquired the shares through a Luxembourg acquisition company (LuxCo). The legal group structure is as follows:

LuxCo has 30% equity. One employee is employed in Luxembourg (in a rented office space). The form for reporting instead of paying withholding tax on dividends of Target HoldCo (Form 823B) has recently been submitted but has not yet been confirmed by the FTA.

Following the foreign fund's entry, a so-called "buy and build" strategy was pursued, in the course of which the Target HoldCo Group made various "add-on" acquisitions over the years, such as the purchase of US HoldCo and the Swiss OpCo 4. In addition, various Group loans were granted in the past and internal restructuring measures were carried out. With the exception of US HoldCo and its granddaughter UK OpCo, all companies held directly and indirectly by Target HoldCo have their registered office and place of management in Switzerland. Target HoldCo was taxed as a holding company until the end of 2019.

The foreign fund is now preparing the exit for its 51% stake in Target HoldCo. Mr X will also sell his 49% stake. The buyer is an international group with headquarters in Switzerland. The buyer companies are Käufer Holding and Käufer OpCo, both headquartered in Switzerland. OpCo 1 from the Target group will be acquired directly by buyer OpCo because it operates in the same business area and synergies are to be exploited from the outset. Käufer Holding acquires all shares of Target HoldCo.

The acquisition structure is as follows:

Since the business of Käufer OpCo and OpCo 1 is not developing as hoped, Käufer Holding sells all shares in Käufer OpCo (which still holds OpCo 1) to an independent third party approximately one year after the acquisition.

The buyer holding company commissioned them to conduct a tax due diligence (DD) of the Target HoldCo group and to summarize their findings in a report. A law firm was commissioned to draft the share purchase agreement (SPA). After submitting the DD report, the law firm will contact you to discuss your "findings" from the Tax DD. In particular, it will be discussed how the respective findings and any tax risks arising from the transaction structure are to be assessed and addressed in the SPA.

Findings from the Tax Due Diligence

Target HoldCo has granted Mr. X a loan in the amount of MCHF 4 (shareholder loan). The Shareholders' Loan did not bear interest until the Fund joined the Fund in December 2014. Since the beginning of 2015, Target HoldCo has charged Mr. X the safe-haven interest rate in accordance with the FTA information sheet. There is neither collateral nor a written loan agreement. In the course of the negotiations, the contracting parties agree that the shareholder loan is to be repaid to Target HoldCo before closing.

Target HoldCo had provided OpCo 3, based in Zurich, with a loan of MCHF 6. Subsequently, the business performance of OpCo 3 deteriorated and Target HoldCo converted the loan into equity in 2019 ("debt-equity swap") (entry at Target HoldCo level: participation OpCo 3 / loan MCHF 6; entry at OpCo 3 level: loan / free reserves MCHF 6). The loss carry-forward under commercial law (corresponding to the tax loss carry-forward) of OpCo 3 of MCHF 4 existing at the time of conversion was derecognized. At the end of 2019, the investment OpCo 3 was written down to MCHF 2 in the books of Target HoldCo. From the beginning of 2020, OpCo 3 is recovering and is in a good position in terms of sales and profits at the time of sale (this is supported by recently concluded contracts with third parties which promise a favourable outlook for the business of OpCo 3 in the coming years). OpCo 3 is definitively assessed including the 2018 tax period.

1.3 Translated licence payment from UK OpCo to US HoldCo

The UK tax authority HMRC has initiated a tax audit of UK OpCo, as it has paid a royalty to its US grandmother (US HoldCo), which has been translated by MCHF 1. OpCo 5 has not written down its investment in UK OpCo as a result of the translated payment from UK OpCo to US HoldCo.

As part of the buy and build strategy mentioned above, Target HoldCo acquired all shares in OpCo 4 in 2017 from a natural person resident in Switzerland, who held the investments as private assets. As of the last annual financial statements prior to the sale to Target HoldCo, OpCo 4 had distributable reserves of MCHF 3 and non-operating assets of MCHF 2. The purchase price amounted to MCHF 4. In 2018, OpCo 4 sold an operating property and distributed the proceeds of MCHF 2.5 to Target HoldCo. The operating profit of OpCo 4 amounted to MCHF 1.5 in 2018.

1.5 Transferring operations from OpCo 2 to OpCo 1

OpCo 2 transferred operations to its sister company OpCo 1 in 2018 by means of a tax-neutral transfer of assets. The tax neutrality of this transaction was confirmed by the tax authorities in a ruling. OpCo 2 is definitively assessed including the tax period 2018.

The total purchase price for Target HoldCo Group amounts to MCHF 800. Käufer Holding is a registered securities dealer pursuant to Art. 13 para. 3 lit. d StG (over CHF 10 million taxable deeds according to the last balance sheet). Mr. X holds the 49% stake in Target HoldCo to be sold as private assets. Target HoldCo had distributable reserves of MCHF 300 and non-operating funds of MCHF 100 as per the 2019 annual financial statements. The non-operating funds of the subsidiaries amount to MCHF 250 in total. The domicile of the partners of the foreign fund (100% shareholder of LuxCo) is not known.

Case 2 - Tax due diligence based on consolidated financial statements

The German Target Group with various foreign subsidiaries is up for sale. You will represent the buyer, who will commission a tax due diligence of the group. As the project is still in its first phase, the consolidated annual financial statements of the Target Group, which prepares its financial statements in accordance with IFRS, are currently the primary source of information available. Further information can be requested and discussed on this basis at an Expert Call.

The legal structure of the Target Group is as follows:

The (simplified) excerpts from the notes to the consolidated financial statements of Target Group in connection with income taxes are as follows:

The tax rate applied corresponds to the corporate tax rate of 30% on taxable profits applicable to German HoldCo with its registered office and management in Germany.

The Target Group has unused tax losses of MEUR 45 for which no deferred tax asset has been recognised, as it is probable that the subsidiaries in which these losses arose will not generate sufficient taxable income in the foreseeable future. The losses can be carried forward indefinitely.

The Target Group has undistributed earnings of MEUR 20 which, if distributed as dividends, would be taxable for the recipient. There is an estimable temporary difference, but no deferred tax liability has been recognised as the Target Group is able to control the timing of distributions from its subsidiaries and these earnings are not expected to be distributed in the foreseeable future.

The following list of losses is provided for discussion at the Expert Call:

The Swiss subsidiary (OpCo CH, Zug) has claimed losses of the EU branch in Hungary (Hungary Branch) totalling MEUR 5 in the last 3 years in accordance with Art. 52 para. 3 DBG. A DTA of EUR 240 thousand was applied to the remaining losses of this permanent establishment (EUR 2 thousand; see1). OpCo CH has no further losses carried forward in Switzerland and has been generating profits for years and it is assumed that the remaining losses carried forward will also be offset in Switzerland (ETR 12%). According to statements made in the course of the commercial due diligence, a turnaround is emerging at the Hungarian operating facility.

A review of the consolidated financial statements shows an uncertain tax position (UTP) of MEUR 2 as part of the tax liability. On the Expert Call you will be informed that this UTP was formed due to a payment from TPCo 2 UK to TPCO 1 CH (Zug) which is not third party compliant (payment from UK was made at a translated price). If the UK tax authorities were aware of this fact, it would be likely that a primary adjustment would be made.

The company in India (OpCo India) has a significant value in relation to the total value of the Group (around 50% of the Target Group).

With regard to various foreign group companies, the seller did not provide any information in the next phase of the tax due diligence, despite repeated requests. For the Target companies in Germany, on the other hand, there are now an unmanageable number of documents in the data room.